“Thanks for putting these books together! As someone who wants to break into TV and film, when and how else am I ever going to get 206 successful Hollywood people -- executives and presidents and directors and writers and assistants – all in the same room at the same time to give me advice about how to do it? Your books give me that."

"Think you know tv? This guy does. Buy his books. You’ll learn a thing or two."
​-- CBS president Kelly Kahl

"A talented writer and a gifted observer ... Wow, what a great read." 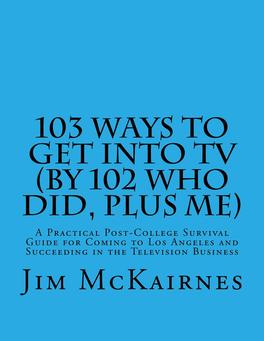 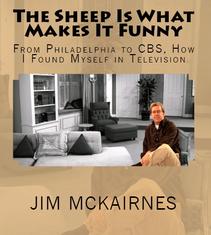 Longtime CBS Television executive Jim McKairnes recounts the years that took him from his Philadelphia rowhome to an executive position at TV's Number One network, thanks to an all-bets-off decision to change his life with a move west at age 29 and then to a chance meeting with an entertainment legend named Norman Lear when he got there. How does television work? How does Hollywood? What's it like to meet and even work alongside stars of the day as well as small-screen heroes from Cronkite to Cher? THE SHEEP IS WHAT MAKES IT FUNNY spins the tale. It's the story of having a dream and then getting the chance to live it out -- by fully stepping into it. 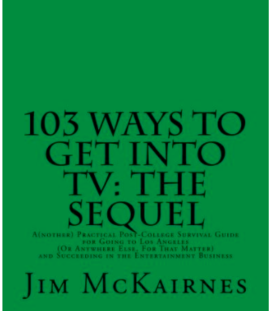 "Funny, poignant, vivid ... I've fallen head-first, heart-following into the descriptions of this life..." 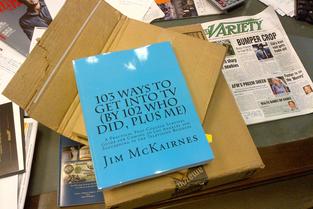 ​A collection of practical and tactical advice for college grads and anyone else with eyes on a TV career, as offered from executives and writers and directors and dozens of other insiders who made their ways onto and then up the Hollywood ladder.