JIM MCKAIRNES "wonderfully demonstrates why entire series or specific episodes are relevant, not just to TV history, but also in shaping American culture.
One of the biggest takeaways was that '70s TV led to interesting dinner table conversations which broke the ice between generations, as spurred on by Maude's dilemma or other episodes focusing on abortion, drugs, suicide, homosexuality, etc.
In this way, the country was united by national events that allow all to participate, form Nixon's resignation to Rhoda's wedding. The revolution was televised; people watched and people talked."

At some point between Watergate and The Love Canal, between Nixon and Carter, between Vietnam and Afghanistan, between POWs and Americans Held Hostage, between Robert Altman and Steve Martin, between The Supremes and The Ramones, between Helen Reddy and Blondie, between Joe Namath and Pete Rose ... the 1970s happened. And TV tried to keep up. Or did the country try to keep up with TV? From Archie to Kunta Kinte and from "Helter Skelter" to Jiggle TV, ALL IN THE DECADE recounts ten years in the life of television.

"Behind the scenes stories and trivia on television [we all] grew up watching. What a great book. I hadn’t realized the overall impact 1970s TV played in our society and its pivotal role in the shape of things to come."

"McKairnes' passion and knowledge makes this encyclopedia of the cause and effects of 70s television a must read for anyone interested in 1970s, pop culture and America history. Jam-packed with facts, theories and industry jargon separates ALL IN THE DECADE from previous books on the subject, because Jim McKairnes is one hell of a writer. His latest is pure joy."​ 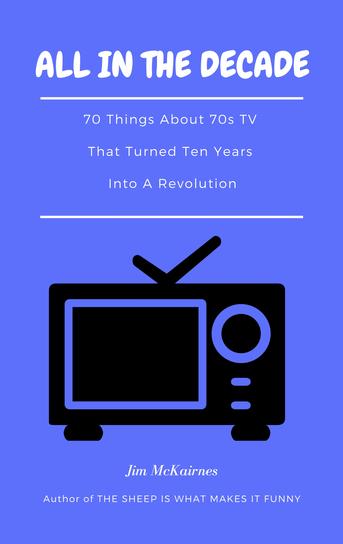 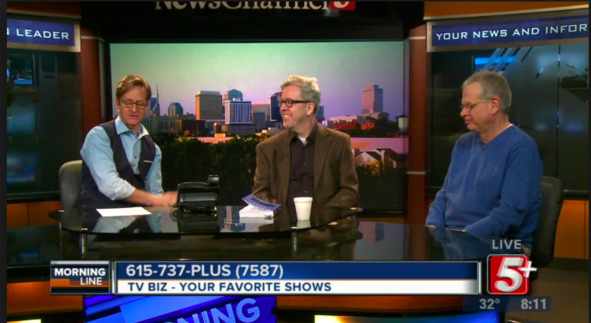 A former student: "I was the biggest fan of this class and the way you taught it -- as not just 'Here's what happened when your parents were kids' but as 'This is why this shit matters to you and today's culture.' ...The book carries that tone in equal measure."

"A great read cover to cover [that] uses wit and humor to engage in how this little box changed the world. Highly recommended!" 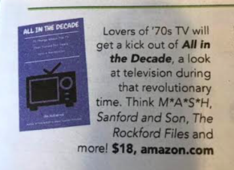 "Wow. Just wow. Just finished All in The Decade. I flat-out loved it. A great read."